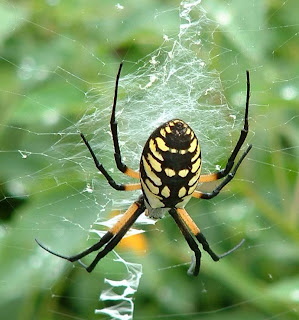 Seeing ghostly apparitions in the middle of the night wasn't the only time I have had a strange encounter (see other blog Book of Life). I saw something quite incredible at around the same time news of an UFO landing in Malaysia was reported in the newspapers. It was perhaps the first time in Asia. For some reason, aliens from outer space preferred to probe and bother the good folks of the West.

If you travel along Mattar Road from MacPherson Estate, you'll notice a swathe of empty land on the left. It wasn't like this before. During my school days, the place was occupied by two-storey shophouses and a few simple blocks of flats. These blocks were 4-storey high and consisted of 1-room flats. They were quite unusual because their kitchen windows were the fascade. The common corridor ran like a tunnel down the central length of the block - which is why, when you visit, the corridor was often dark and dank. These apartments were usually inhabited by the old and poor from former shanty kampongs.

A couple of these blocks stood beside the fence of my primary school. On our side of the fence grew tall coniferous trees. As a kid, these were the first tallest trees I've ever seen. They were 'happy' trees to me because they reminded me of Christmas trees with their conical shape. Its fruit looked like miniature durians albeit brown and dry, and their leaves were like pine needles that broke up easily at the segments. Because of this quirk, piles of brown, dead needle-leaves would be found at the foot of the tree. Both fruit and leaf tended to stick to our socks if we ran through them. And so we were always careful not to get any of it on ourselves as we walked along that driveway to our school building. With these tall coniferous trees flanking our driveway, and a large field on the other side, the whole scene was actually quite picturesque.

But that pretty picture got shattered one day.

The school had just rung for end-of-day and everybody was milling out of the school building. As we walked along the driveway, someone screamed. Then another. Soon, people stopped chatting to see what the commotion was all about. Students were pointing up at the tall coniferous trees and some shouted "Spider!" Curious, we ran forward to see.

There was not just one spider - a big black one with yellow stripes - but a whole swarm of them. There were not tens but hundreds of them. How did this happen? How could it have happened? I wondered, feeling rather incredulous.

Amazingly, there wasn't any pandemonium amongst us kids. Maybe because like me, the other kids also grew up in the presence of spiders of some sort, so there was less of a shock. In any case, we remained wary, picking our way carefully out of that driveway taking note to keep to the left side of the driveway. A few nervous ones tripped and fell into the school field. Not a few of us looked at the spectacle with mouths agape, er, not a very wise thing to do actually.

I was very excited that evening and rushed home to tell my parents and siblings some of whom studied in a convent nearby. They too had tall coniferous trees in their compound. Did spiders invade them as well?

That night, there was a storm. A mighty one.

The next morning upon reaching school, we approached the gate with trepidation. We wondered if the spiders were still there as we clutched our school bags ready to bolt at any instant. However, almost all the spiders had disappeared. There were only a few stragglers left. The trees were still wet and dripping from last night's rain. We searched the road thinking they might have dropped down. But there was no sign of them.

I looked up at the small apartments. Surely, the spiders must have taken refuge in there? It was a very sobering thought, frightening even. I wouldn't want to be caught dead sleeping in there when the spiders climbed in!

So, that was one rather strange and freaky incident that happened in my school. It was almost X-Files-like. The curious thing is that we had never seen these kind of spiders before, so how could so many turn up on a single day? Did they behave like locusts or cicadas, which can hibernate for decades only emerge one fateful day? I've never gotten an answer to this question after all these years. At times I wonder if it is all a dream. But I know it happened. I have asked a former-classmate and she has since confirmed my story. Well, we'll chalk it down as one of those things that will remain explained, like my sighting of the ghosts outside my house one late night and the subsequent fight with a swarm of cockroaches. We just have to shrug our collective shoulders and notch this down as "unexplained".

The spiders never came back again, and for that, I was glad. But now whenever I walk under a coniferous tree, I would check to see if there are spiders lurking, especially the big, black and yellow stripes kind. I suggest you do the same - just in case.

Next story: Hungry Ghosts
Posted by TC Lai at 12:16 AM