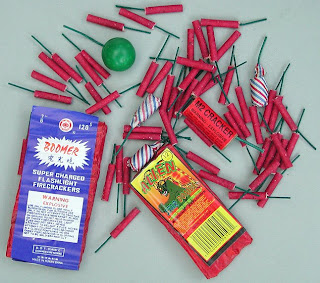 If you were a regular visitor to the National Library at Stamford Road during the late 70s and early 80s, you might have noticed a rather strange fella hanging outside the place. His hair was wiry, unkempt, and his face was dirt-stained. In fact he was altogether quite unwashed. But he wore a business suit still and carried a small black briefcase - something you don't see people do nowadays. It's all about smartphones or manbags now.

When you see this man, he is often mumbling to himself in Cantonese. I often could not make out what he said, but he was my neighbour. He lived on the ground floor in a small staircase cubicle a few doors away. Every morning he would leave his "home office" taking care to latch and lock up the place first. No one was quite sure how he got that way. Some said he lost his business in a fire; others said his family left him. Going home from my neighbour's after dark was sometimes problematic; we often had to tiptoe around his body as he usually slept on a mat on the upper staircase landing. In the dim light, we took care not to disturb him. To us, he was a mad man. What if he woke up, grabbed a chopper and hacked us to pieces? Initially, we were on tenterhooks. But as time passed, we gradually learned that he was quite harmless.

An uncle of mine might be clean shaven, hair neat and well combed but he was also quite mad. So it came as no surprise that he later joined the intelligence services of the the local army (i.e. the SAF). Most certified nut jobs ended up there, according to NS lore.

My dear uncle had this piercing look that could be interpreted in two ways: 1) He was going to beat you into a pulp unless you confessed; 2) He was going to beat you up no matter what. Either way, it's best not to make eye contact with him for more than a microsecond. My other uncles told me he was brilliant in chess. I get it, I'd probably run away too before my king got taken by him!

The problem was, he's the only uncle who liked to play with us kids. The rest were older and into 60's stuff. It was quite unnerving at first playing with this uncle and we would hide or give some excuse. Some of us boys resorted to playing tea with our sisters. Yes, we got that desperate!

The turnaround came one Chinese New Year. We were playing fireworks in the back lane of our home when he came and joined us. He had brought along cans, sticks and a rather big bag. With these, he taught us how to blow stuff sky high. He also taught us how to improvise firecracker poppers with stone and paper and how to make an even bigger firecracker with the smaller ones. Of course, in that big bag out poured some of the most gobsmacking firecrackers ever seen - stuff that we kids all wanted to buy but had not the money. Stuff that whirled, rocketed and yes, even screamed!

The ones that whirled spun on the ground with tails of flint-fire. Those that rocketed either had a long stick that you could hold or plant into the ground. The other rocket kind you simply aimed and pulled on a string behind. Either one would scream like a banshee towards its intended target (to which you would point at). During firecracker time, all the boys and girls carried with them a joss stick each. You took care to light the firecracker properly and you also took care also not to poke each other's eye out with that glowing point. (This was especially important when clambering up and down those tight spiral staircases at the back of our houses.)

That year, our firecracking shenanigans ended up in a firefight between homes. Imagine the setup: Three back lanes of houses facing each other with two levels of staircases and landings (forming a 'T'). Include the homes right across the lorong and you have at least four battling sides! The whole firefight became something of a Shock & Awe campaign in Iraq. Streaks of light flew back and forth as we traded fire with one another with those handheld rockets. Of course, the combatants across the road were lower and at a disadvantage. They also had to fire from behind their narrow window grills. We on the other hand were on superior ground at the back landing of our apartment. We just had only to stoop below the staircase landing parapet to avoid being hit. However, since our parapet was balustraded in places leaving gaps, we had to use our mom's kwali (frying wok) as a make-shift shield.

That was a delirious time and even the adults joined in. Midway through the firefight, a crash of glass was heard. Someone's ba gua above the window had been smashed! A ba gua was something houses put up to ward off evil, and so it was a taboo thing to touch, let alone damage! More retaliatory rockets flew, as did colorful profanities in Hokkien. We kept low and quiet hoping one of the other sides would take the rap.

In the morning, people awoke to assess the damage. The back lanes were typically littered all over with red smithereens of firecrackers having exploded with the smell of gunpowder still acrid and pungent in the air. Incredibly, no one was hurt in our little CNY Shock & Awe campaign. Since it was Chinese New Year, all hostilities the night before were forgotten, even if a ba gua was broken!

I have never forgotten that fantastic night of how we huddled under a kwali with crazy rockets exploding all around us. Or how this uncle directed the firefight. For a moment, I glimpsed his mad, playful genius. In the following years, I became more interested in his comings and goings as he slowly became a kind of hero. The family today remains amused by his eccentric choice of girlfriends over the years. However, even as he got more social, he never once told us what he did in the Army. I can imagine him saying "If I tell you, I would have to kill you" - same as how James Bond would react. That glint in his eye hasn't totally gone away. Hmm, it is better not to chance it! 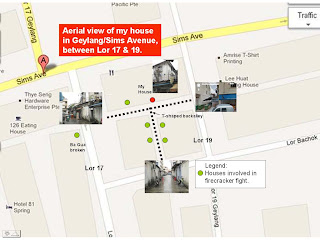