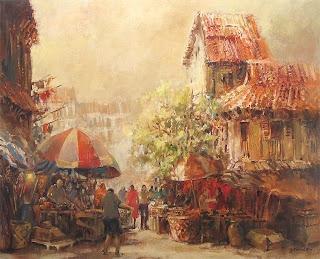 The news last week about stalls in Sungei Road "Thieves" Market being cut to a metre size was kind of sad. It's like asking a striptease dancer to do her best routine standing on one leg. That can hardly be fair nor sexy.

The SRM has been like a patient gone through one too many operations. The only thing left holding it together is simply pure stubborness. With this latest unkind cut, SRM might just wilt and go under altogether.

When I was a kid my dad liked to bring the family to SRM to shop. During that time, SRM was pretty much like the famous cluster markets you'd find in Bangkok today. You wind your way through cart stalls sheltered by green plastic awnings or table stalls shaded by yellow-red giant umbrellas supported by big, rusty lorry wheel hubs.

I remember the ice factory next door that sometimes showered passerbys with spray. And who can forget that laksa stall which served its noodles in small 'cockerel' bowls best slurped up with a spoon? The corner coffeeshop it was in sat with a crumbly row of shops. I was not surprised that it posed a danger and had to be demolished later. My dad loved going to SRM for a couple of reasons: Tools and old magazines. My favourite was a collection of magazines called Book of Life.

I liked Book of Life. It's one of those weekly magazines that you could collect along with a free binder. The articles were mostly about Social Science and the paranormal. And on its rear cover, there was an alphabetical order of Natural Science terms complete with thumb-sized pictures. The format encouraged you to collect the whole set so as to complete an 'A to Z' listing.

You might find the contents of BOL a strange combination but that was my introduction to introspection about children in Europe and their playground dynamics - altogether rather cheem (deep) stuff for a primary school kid. Equally fascinating were stories of how the dead interacted with the living. One story told of how a pilot was saved by the apparition of his dead WWII Air Force buddy who'd appeared to him in his morning shaving mirror. The plane he was supposed to be on board subsequently crashed, killing quite a number of people.

Yes, BOL had its fair share of pictures with ghostly apparitions. Maybe that helped prepare me for my own encounter with the unworldly. I was up one night for a bit of water when I heard a noise outside the main door. I opened it to see two shiny apparitions rush up the stairs. My mom woke too and came out to ask me who it was at the door. All I could reply was "somebody". She took a look but could not see anyone. The funny thing was that we lived on the top-most floor. How could two apparitions climb further up? It was very strange indeed.

After that, a weird thing straight out of Twilight Zone happened: We were attacked by cockroaches!

Our open-plan kitchen (common in most of the houses back then) was protected from the elements by a roll-type bamboo blind. We would always let it down at sunset. That night was particularly warm so my mom decided to pull 'em blinds up a little. To our horror, the back of it was covered by a swarm of flying cockroaches! That night, I didn't have much time to think about what I saw at the staircase landing; we were full-on whacking those kat jat (Cantonese for cockroaches) left, right and center. I was glad we were not overwhelmed by lizards. My mom is terrified of them and would run off screaming. I would then have been left there fending off those creatures all by myself. My mom can pick up a cockroach with her bare hands but with a tiny lizard, she'd panic. Weird, right?

One day, while recalling life in Geylang my mom let slip that our house was indeed very haunted. A family that moved in after us reported seeing a lady and a man often. The woman they described fitted the description of a grand-aunt who had passed away in that house. Her husband too. Both had passed away in their 40s; my grand-aunt from cancer. So, who knows. Maybe the couple I saw was them in happier times. A brilliant uncle (just 17 and quite the scholar) and his girlfriend had also committed suicide (by jumping off some flats; Hokkien Street, if I'm not mistaken. It was a popular spot because the flats there were new as well as the highest.). So, who knows, that young couple could also be them!

The children of this grand-aunt and uncle (i.e. my present aunts and uncles) lived in that house before us. They were not really related to me by blood. My mum's own parents perished during the war and she was then entrusted to the care of their father. So, into this family she went. The grand-aunt who died was the fifth sister. After she passed away, her sworn-sister (the fourth sister) took over her brood of young children. My mom would always address her as "say ku" or Fourth Aunt. In those days, relations were often complicated by polygamic marriages and guardianships. So-called sworn brothers and sisters would take an oath to look after one another's family (if something untoward happened). One cannot judge if it's a good thing or bad (especially polygamy) as long as people are treated well and respected. In those uncertain times, marriage (and subsequent family life) was insurance to make sure the children were protected and cared for. That's a very decent thing to do. Life, as it often demonstrates, does not always follow an ordained script. And from what I've seen, maybe even in afterlife.

Previous story: A Privileged Childhood; Next story: A Firecracker Fight

Finally! 3rd June 2021, out of the blue, I decided to do a Google search for BoL magazines. I did not have much hope as in the past, searches have come up empty. The only BoL found was some Christian publication. However, on this day, several original BoL magazines popped up. One was a dad's collection. I can only assume he has passed on and his children are trying to clear his things, other's I'm not sure. One even have a 7-volume compilation of all the BoL magazines ever published. 105 weekly issues in all, started in 1969. Finally I found out who the publisher was: Marshall-Cavendish.

Ooh la la. From zero, now I have a surfeit of people who want to sell the magazines.  What a day 3rd June turned out to be! I was telling friends, I can finally die happy! Seriously, I thought I would never get to hear of this magazine again or show friends what a great read the magazine was. Mind, Body, Life, - that's how BoL was marketed and edited. And the magazine covers; I still remember how they look. My dad bought them from Sungei Road Market. At the time during my childhood growing up in Geylang, the British had withdrew much from Singapore and SRM was stocked full of the things they left behind. This BoL magazine collection was one of them. Here are some pics I manage to download and save from some of the seller sites (eBay mostly). You get an idea of the wide ranging topics discussed in them: 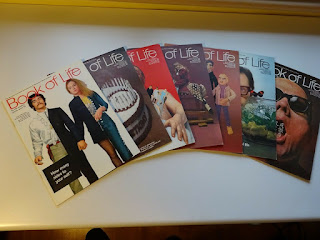 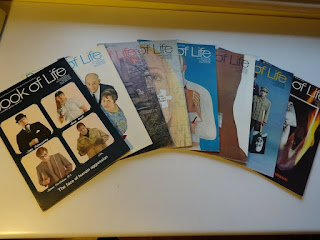 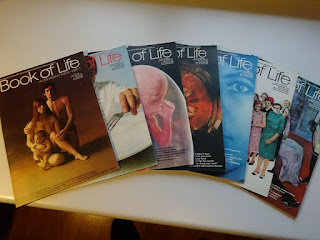 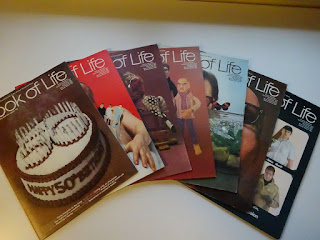 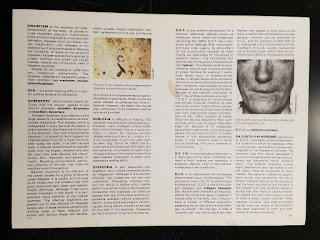 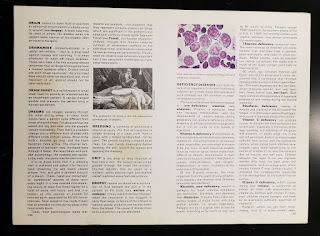 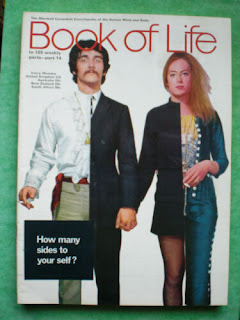 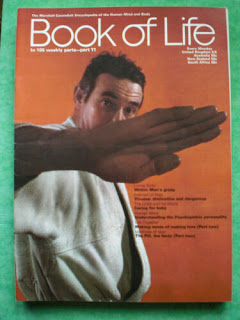 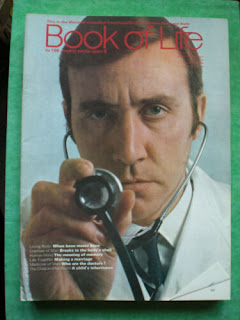 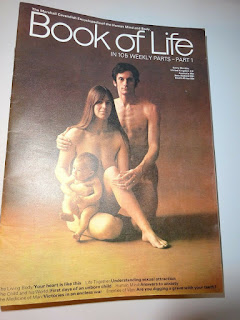