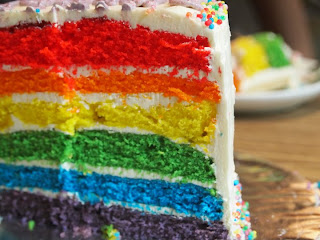 Growing up, eating outside food was a luxury. And with seven kids, the cost must have been more than a pretty penny.

My sister remembers the Char Siew Wanton Mee at our downstairs coffeeshop very well. She says we often ate there when my mom did not cook. I remember it too - the red char siew, the crunchy choi sum and chicken flavoured soup. We ate around a marble-top table and as there were quite a few of us, I always had to be mindful not to fall off my stool into the common corridor. If I remember correctly, the floor of the coffeshop was raised, and it was not very spacious.

That wanton mee was of the Cantonese kind. Surprisingly, over the years, even as an amatuer sleuth foodie, I had never come across wanton mee that tasted the same. There was one in Syed Alwi Road hat looked genuine, but it was tasteless like noodles trhown together with just plain soy sauce and oil. Even the char siew pretended it was something else. How can a dish that called itself Wanton Mee have zero wanton taste? If there is a Razzie for bad dishes, I'll nominate this for first place.

I think wanton mee is quite a subtle dish; it takes a lot of care to cook it well.

A few years ago, I was pleasantly surprised when a wanton mee stall opened near my home in Sembawang. It was run by three aunty ladies who must have worked in a karaoke lounge before, judging by their pale skin and lacy dressing. Besides wanton mee, they also serve mushroom chicken feet noodles, soi gau noodles and others. Their soi gau was good but it was their wanton noodles that seduced. It was so wantony, so free of MSG and so authentically Geylang that I was blown away. But you have to eat it bai (white, meaning without the soya and black sauce) in order to enjoy its full subtle and nostalgic flavours.

So, what does it all mean? Deja vu? You bet.

The other dishes like Hokkien Mee, I used to cycle to Lor 15 to packet for the family. The stall was in a coffeeshop and manned by an uncle behind a giant kwali. He also wielded a large wooden cover to steam-cook the noodles right towards the end of frying. It's that type of HM where you could taste the yellow noodles as well as the white; both just as al dente. The stall is long gone, and if I needed a HM fix, I would head down to to that Zheng Chong (traditional) stall in Serangoon Road. The one that is opposite a 'dragon' temple (only the sign outside is visible). Their HM is served on opeh leaf. This stall is actually a reincarnation of the one nearer to the French Stall retaurant that was closed when its own coffeeshop was shut down (together with a very good BBQ chicken wing stall). Not many people know this but HM taste sinfully good with Thai green curry.

As a family, we also often ate at a backlane zhichar stall in Lor 17; and we also often traveled to Pennefather Road just before Joo Chiat to eat luk luk - a pot steamboat that has ingredients skewered on satay sticks. As a kid, you'd just love those quail eggs: they make us kids think teh eggs were specially laid kid-sized!

My mom cooked often but like most moms she would run out of ideas. Then she would ask one of us to go down to G Cheong Fun Soh (aunty) for some gcf scraps. You see, they have automated the whole process of making gcf. Newly cooked gcf is delicate so there's always 'spoilt' gcf sheets in every production run. The process set up was delightfully simple: Steam the rice water at one end, roll up the rice sheets at the other. In between, just make sure that that long sheet of gcf remained intact before it got cut up and rolled. Sometimes the cutting is not true and the fouled up gcf sheet is then set aside for use in some soupy meal concoction.

Like many mechanical contraptions, the process sounded good on paper.

I've seen the machine operated many times and I must say, its error rate was quite high. No matter, they could always sell kway chap, which by definition is broken-up gcf. So, GCF Soh would often give us the damaged gcf and my mom would could meatball soup with it. As kids, we loved it. It was certainly nice to have neighbours like her!

Other times, I would cycle to the other part of Geylang that was near to Boon Keng to buy roti prata. There, at the hawker centre next to the wet market, I had struck up a friendship with the prata guy. He would often give me great curry with extra potatoes. Another nice Indian man I made friends with sold Indian Rojak in a backlane near that luggage-making shop. He was a jolly fella in his 30s. One day, I didn't see him and was told he had had a heart attack. He never came back to the stall. I think I started a friendship with him because I used to hang out at the bookshop next door. Like bookshops of its kind back then, it also sold sporting goods. I'd been eyeing a soccer ball hanging from the ceiling for the longest time (no thanks to the exploits of Quah Kim Song, Dollah Kassim and gang). When I finally had enough money to buy the ball, I was bitterly disappointed that when it got soaked with water, it became very heavy. You'd get a concussion trying to head it. And when it burst a thread, it went out of shape. It looked like it had a tumor. Sometimes you can wish for something so hard that at the end, you never wished you had set eyes on it before!

Besides the big covered market at Lor 25, the other market of note was at Lor 7 and 9. This was an open street type. Aside from raw food, it had also a few pushcart snack stalls. One of the snacks reminded me of the ones sold at Mr Bean's: round ones filled with red bean, cheese and what not. In the past, they came in only two flavours: tau sar or peanut. And the pastry texture was quite different. It's more brown and beige, not pandan colored. It's texture was closer to that of min qiang kueh and did not have that raw batter taste of Mr Bean's. (The only stall left selling this original kueh is at Pipit Road food centre.)

Of course, who can forget Tau Huay Chwee (soybean milk). There was a pushcart stall in Lor 17 just before the meat and veggie shop ('siew pasat' or small market as my mom calls it) that also sold chin chow (black jelly). We used to buy soyabean milk from him with an enamel metal mug. When I first started work and ordered Black & White, my friends would stare at me as if I'd committed a cardinal sin. And it wasn't just the Malaysians. The Singaporeans too! Didn't they order chin chow and soyabean milk mixed together when they were young?

On some weekends, we would also have Ovaltine or Horlicks and cake at home. Recently, I had a flashback of that tea time. I was window shopping at Angie's the Choice cakeshop when I spied some leftover strips of cake in the display case. I later learnt from the shop that those strips came from cutting big cakes down to size. So if you want some decent snack cake for your child but is unwilling to fork out $4.50 for one, a bundle of strips of the same cake is just $2. A real bargain!

In Geylang, we used to get them free from the confectionery diagonally across from where we lived. The happy part is that they were all multicolored cake pieces, cream, sprinkles... the lot, better than just the one cake itself. Wrapped in grey tracing paper, a large packet was enough for five kids or more. What a heavenly treat that was!

A Chwee Kueh hawker would also station his tri-wheeled, canopied cart opposite our house on weekends. His chwee kuehs came in little clay cups instead of the aluminium ones used today. I think there is a subtle difference in flavour because of that.

On some weekends, I would accompany my mom to san ma loh pasat (three-mile marker road) or the old Bugis Village market. At the time, the canal was not covered and the market would be right next to it. There were no tall buildings too and so having breakfast there was quite airy and nice. We often had simple peanut porridge and a small enamelled plate of fried soy sauce noodles dressed in red coloured "jion" or bean paste sweet sauce (now usually brown in colour). The peanut porridge was watery with bits of minced meat and a good sprinkle of crushed, pale yellow fried beehoon. But its taste was fantastically appetising. It went well with the noodles which was slightly oily but also very aromatic. Perhaps the noodles were roiled in pork lard oil! When this san ma loh pasat was relocated to the nearby Albert Centre Market and Food Centre, this stall went with it as well.

The stall continued to sell there well into the 90s and early 2000. Sadly, it is no longer there today. Although it was simple and cheap (watery porridge 70 cents, noodles 50 cents), its unique flavour kept people going back for seconds and thirds. I doubt you will be able to find anything like this ever again in Singapore. And it is a pity given the number of foods that taste bland but cost more.

[I grew up in Geylang but was born in Changi, near the present day Kembangan MRT station. My mom remembers the year of my birth where hawkers would ply, passing our simple terrace house unit. There were a few kampongs nearby (at Jalan Sayang, Lorong Marican, etc.) and these hawkers sold a variety of stuff, - from Chinese keuh-kueh to Malay ondeh-ondeh. She remembers an Indian hawker who sold mee siam. His mee siam was delicious but had only a few condiments: chives and chopped up fried tawpok. The mee siam was like five cents a plate. Interestingly, my mom says they would also sell 'hak mai jeuk' or pulut hitam (black glutinous rice dessert) as well.]

Next story: Getting Around; Related story: Eating Out In The 60s/70s

The butter cupcake (aka 'chef hat' cake) was common during my childhood and we often bought them from that Lor 17 confectionery shop next to the mama shop. The custard puffs were common too (in school as well),